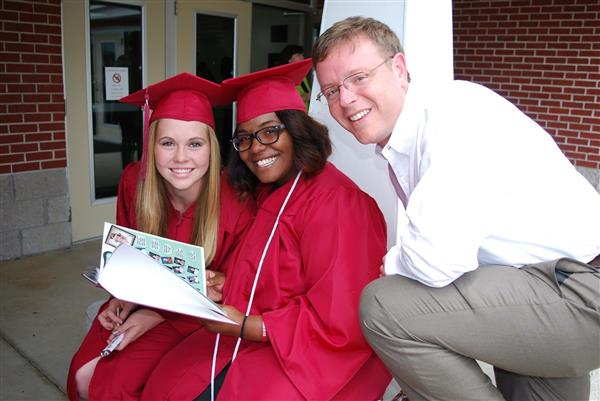 Dr. Jerome Ward is a veteran educator with 22 years experience.  Most of his career has been spent teaching advanced-level English at Hartselle High, though he did teach English and literature at Wallace State College in Hanceville from 2007-2009.  He is a lifelong learner and an avid reader who is thankful for the opportunity to learn with and from students at Hartselle High.  He is probably best known for his love of William Golding's novel Lord of the Flies, and his students would likely say that the rich discussions about the text resonate with them long after they graduate.  He is also an  ACT-prep tutor.  He currently teachers advanced English 10 and serves as an Instructional Partner.

In addition to his love of American and British Literature, Dr. Ward has a number of research interests, including diversified instructional strategies, course and college-program instructional design, demographic trends in AP and Dual Enrollment course offerings, and barriers to first-year college students’ persistence. Outside of the classroom, Jerome, a licensed Baptist minister, has served this community as a minister of music for 25 years.  His love for music and literature is evident in his instructional practices and hobbies.

Dr. Ward served the school as an assistant principal from 2018-2020.  He returned to the classroom in 2020, freeing some time after school hours to devote to his family and to their expanding ministries. Jerome is married to Tracy Halbrooks Ward, and they have four children:  Aden, 23, a graduate of the Univeristy of Montevallo; Ty, 21, a senior at the Univeristy of North Alabama; Eli, a student at Calhoun Community College; and Dixie Anne, 6, a first-grader with a love for learning and a big imagination.  The family lives on a farm with chickens, goats, ducks, a cat named Boots, two labrador retrievers called Charlie and Savannah, an English Setter named Daisy Mae, and a Great Pyrenees named Clover.

"For I know the plans I have for you," declares the LORD, "plans to prosper you and not to harm you, plans to give you hope and a future." -Jeremiah 29:11