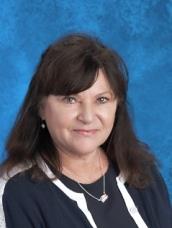 2018 marks the beginning of my twenty-fifth year as a teacher and administrator in Hartselle City Schools, and the beginning of my fourth year as principal of  F. E. Burleson Elementary School. I was born in Harlan, Kentucky, but am proud to be an alumni of F. E. Burleson and Morgan County High School. I hold three degrees from the University of North Alabama: a B.S. in Music Education,  an M.A. in Music Education, and an M.A. in Educational Administration. I reside in Hartselle with my husband, Dr. Alan Queen (pastor of Bellview Baptist Church in Decatur), and our chihuahua, Lily. We have one son, Wilder, who resides in Madison with his wife, Cristina, and their son, Elijah Finn. I share a love for educating students with several of my family members. My brother, Jack Napier, and his wife, LaVonda, both teach at Hartselle High School, and my parents and one grandparent also taught public school in Kentucky.

I am honored to be a part of this amazing community which is F. E. Burleson, where students, faculty, staff, and administration continually work together to excel. This pursuit of excellence has been recognized not only by Hartselle City Schools, but by other “outside” organizations. During my tenure at F.E.B.  the school has been recognized as a CLAS Banner School (2015), a U. S. Department of Education Green Ribbon School (2014), an Alabama Green Ribbon School (2014), a Lowe’s Heroes Grant Recipient (2014), a Hartselle Beautification Award recipient (2014), a Blue Ribbon School of Excellence (2011), a Lowe’s Toolbox for Education Grant recipient (2008), and an Alabama Wildlife Federation Grant recipient (2008). I personally have been honored by BirdNote as a Champion for Education of Birds (2014), by F.E.B. faculty and staff as F. E. Burleson Teacher of the Year (2013), and nominated for the Morgan County Environmental Educator of the Year (2011).

Educational Vision: The biggest achievements in a learning environment are the result of developing a culture of trust and belief, helping leaders educate and equip the whole child for the future.